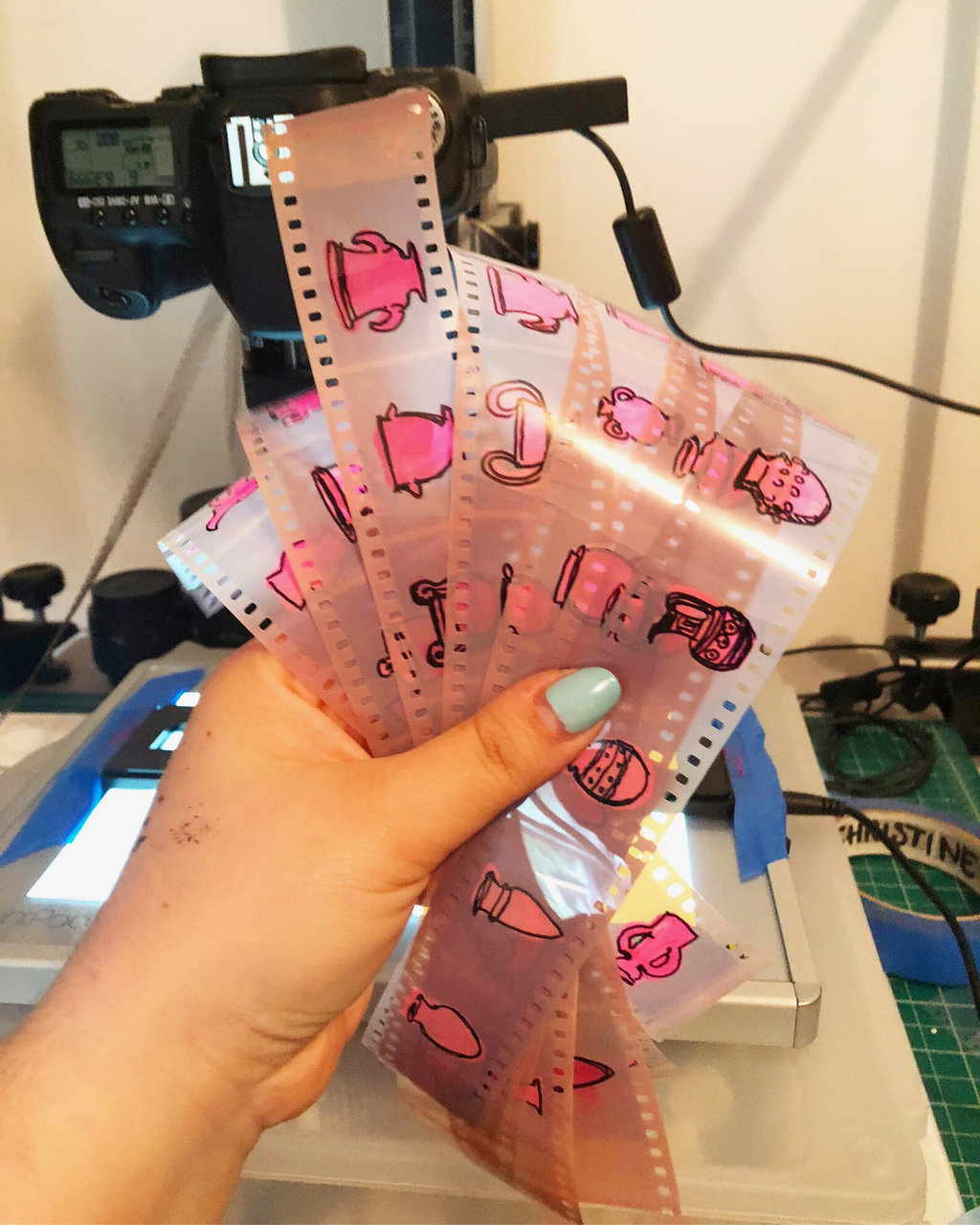 Pink Pottery primarily juxtaposes vibrant imagery of ancient art and object making with modern technological devices predominantly drawn on 35mm film. The visuals in this film include imagery of ancient material culture such as cave paintings, ancient pottery, female fertility figures, rapidly shown alongside modern communication devices and weapons such as missiles. Each individual category of material culture is rendered in modern, saturated colors such as neon pink and rich cobalt blue, and are activated through replacement animation. With this method the individual objects undulate, allowing the quintessential idea of the objects’ platonic forms to become juxtaposed with the distinct shapes of the individual pieces in the sequence.

Utilizing these methods and conventions, the film collapses the expanse of time separating modern humans from their ancestors creating a space with no distinction between past and present. In this space, there is a freedom to be more objective in one’s experience of the imagery – erasing the tendency to think of ancient people as other compared to the present day. The use of 35mm film gives the viewer tangible access to the material on which Pink Pottery was made. The materiality of the film in itself references the making of the material culture shown upon it. In this way, the blurring of the lines between antiquity and modernity is also emphasized.

Pink Pottery originated from a deep love and appreciation of art history along with the constant disillusion of the trajectory of humanity based on the more destructive tendencies. The past tends to be glorified and its people as other than those that exist today – with different tendencies and instincts. However, it cannot be denied that violence and destruction have always played a
part of human persistence. In cave paintings, there are clear depictions of animals riddled with arrows alongside unharmed animals running majestically. Painted on ancient pottery are beautiful geometric designs, gods and goddesses, and scenes of everyday life alongside imagery of warfare and conflict. Perhaps the modern flirting with self-inflicted destruction is not so new – there are just more efficient ways of following through.

Directed and Animated by Christine A Banna